Digital vs. print – What’s the secret to more inclusive communications?

This article from our CEO Fergus Bailie first appeared in Influence on 9/2/21.

Although some communications specialists might baulk at the mere suggestion that print is no longer ‘king’, the rise of digital over the past decade has placed just as much emphasis on ‘virtual’ communications as that of ink on paper. But how do we decide which is genuinely the right solution?

While owners and marketing managers continue to see the cost-effective, quick-to-deliver benefits of online communications, how about the idea that a happy marriage could prove key to greater comms inclusivity in 2021 and beyond?

If I’m honest, I’ve long-since found the ‘print vs digital’ debate a frustrating one – and a topic which can be debated for many hours, depending on the role you do, and your preferred medium for information, news, and conversation.

Of course, people’s hunger for relevant content – on-demand and wherever they may be – is just one of the reasons we’ve witnessed the incredible adoption of digital communications strategies, among brands large and small. And as an agency collective, The Bailie Group has enjoyed designing and developing digital campaigns, apps, websites, platforms, and systems which haven’t just driven customer engagement – they’ve changed lives.

But that doesn’t mean I think the role of print is extinct.

As an organisation we concentrate on the purpose we’re working towards – do we need to inform, inspire, entertain, encourage compliance, or change behaviour, for example? Research and insight are key.

When we’re clear on the ‘why’, we try to encourage a ‘right content, right person, right time’ mindset, but with our eyes wide open to the fact that different people could interpret the exact same message in various ways.

Therefore, keeping the audience front and centre, is key.

Digital comms is usually a mass enabler, which explains why most brands are now defaulting to online channels, as standard. But a by-product of this step change is the creation of an unbelievable amount of noise – hence the existence of clutter folders that sit alongside your inbox.

We’ve therefore seen a renaissance of print in recent times, as a means of achieving cut through. Post has grown to become something of a comparative rarity, and for that reason I personally open every piece of mail I receive. This doesn’t mean it gets my full attention, but I open it at least – which as marketers, we know, is the crucial first step.

There’s a common misconception that print is the more ‘expensive’ option of the two – with ROI tougher to measure. But this notion of cost is subjective, depending on the purpose of the communications as well as the fact that often it is a blend of online and offline that can be effective.

Digital is by no means free, for example. The distribution arguably costs less, yet there are still time expenses with regards to drafting copy and designing it into something which looks attractive to the reader – as well as the costs of the web platform the message directs you to.

Think also about effectiveness. If your local pizza shop emails a code for a discounted delivery, it’s one you might consider opening, but it could also end up being part of the ‘select all – delete’ option during the daily inbox cleardown. If a flyer containing the same offer lands on the doormat on a Friday evening, and you’re planning to have a takeaway over the course of the weekend, there’s a strong chance you might use the printed code – which is also trackable – on their website. An instance of digital and print working together in harmony.

The truth is, you can reach a lot of people, very accurately, through print distribution and it can be an effective call to action to get people to ‘do something’ while maximising your reach.

Digital distribution relies heavily on the availability and accuracy of a digital database. So, while the cost per unit, competitively, may be low, conversations – and conversions – outside your data pool can sometimes be better served via print.

This is why an informed, flexible marketing mindset, matters. There’s often a place for an app, a mobile-optimised website, an email campaign, a social media strategy and print – the comms professional shouldn’t dictate this mix, based on their own preferences or skill set.

Much of this will be preaching to the converted, but this multichannel blend is arguably now more important than ever.

Following the onset of the health crisis, we’ve seen a further resurgence of print as a means of conveying trust, authenticity and message importance – things that digital can struggle with, in comparison. Brands have sent leaflets to people’s homes to remind them they’re there, bus wraps have been used to help keep citizens alert and informed when out and about, employers have sent notes to staff to encourage that feeling of connectedness, and a letter was even the medium-of-choice for the prime minister, at the height of lockdown.

The aforementioned ‘cut through’ objective will have undoubtedly formed part of the decision-making process when planning the above comms. But fostering that sense of trust will have been paramount too.

Then there’s the importance of inclusivity – a topic that is fortunately attracting an ever-increasing degree of attention.

Content plays a role in preventing the creation of exclusionary barriers, not least because, in 2019, The National Literacy Trust estimated that 5.1 million adults in England have a sub-11 reading age.

But efforts need to extend beyond prose-based considerations, and printed communication is imperative here. Millions of people in the UK are still said to be living in digital poverty, with ONS data reporting that the likelihood of having internet access at home increases along with income – only 51% of households earning between £6,000-10,000 had home internet access, compared with 99% of households with an income exceeding £40,001.

And the digital divide is believed to have worsened as a result of COVID-19, which risks compounding the feeling of isolation for the UK’s most vulnerable residents, including the elderly. So, when it comes to an ability to access critical information such as that relating to healthcare, this could – quite literally – be a matter of life and death.

Sometimes technology will play the overriding part in reaching the end goal. Other times, it may need to take a back seat in favour of print. It’s about the blend that works. 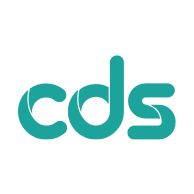